Sierra Rutile is focused on advancing Sembehun, representing one of the largest and highest grade natural rutile deposits in the world 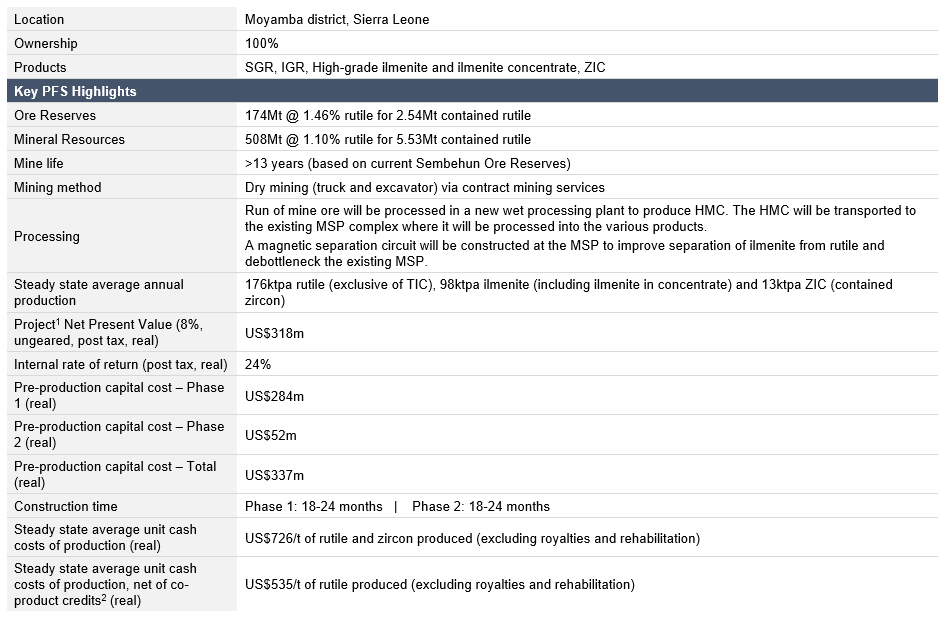 Sierra Rutile’s approach aims to see the development of Sembehun integrated with the remaining operations at Area 1. The below timeline is based on the recently completed Sembehun PFS

Note: Sierra Rutile is working towards being in a position to make a final investment decision in 2023 which would allow Sierra Rutile to target the commencement of Phase 1 Sembehun production within 24 months. This timeline is indicative and may be subject to change including due to matters outside Sierra Rutile’s control.