Sierra Leone takes its name from the Lion Mountain near Freetown 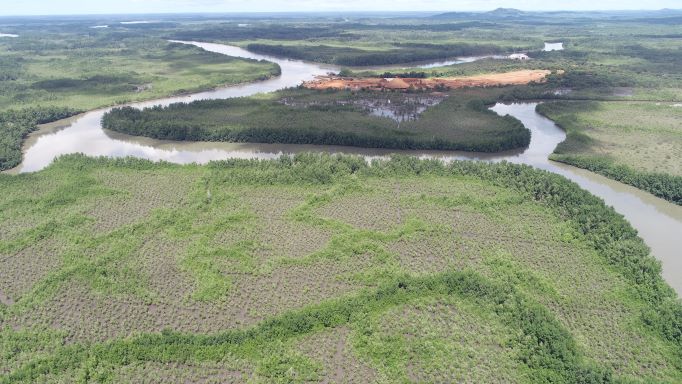 Sierra Leone is a tropical country on the coast of West Africa, bordered by the Atlantic Ocean in the south west, by Liberia in the south east and it is half surrounded by Guinea in the north and the north east.

The country's landscape offers a flat coastal belt, with the eastern half of the nation covered by hills and high mountains.

Sierra Leone has a population of more than 7 million people. Its largest city, main port and capital, is Freetown, situated in the west of the country.

Spoken languages are English, Krio and a range of other West African languages, amongst which Mende and Temne dominate.

Over the last two decades, Sierra Leone has operated as a stable democracy and generally achieved moderate annual economic growth, with agriculture and mining representing key contributors to country exports, Gross Domestic Product (GDP) and employment. Sierra Leone is an established mining jurisdiction with a long history of mining and existing regulatory framework.

Mineral concentrate from Area 1 is processed in the MSP, which includes a feed preparation plant and dry plant. The MSP has capacity to produce 175ktpa of rutile

Products are exported through the Nitti Port facilities situated in the Area 1 mining lease. The mine also maintains an extensive network of water supply ponds, power generation facilities, accommodation for senior and management staff, offices, extensive workshops, laboratory, a clinic and roads